Ever wonder what we’re celebrating when we get the first Monday in September off? Until this year, I didn’t. I just enjoyed the time away from work with pay. If possible, G-Man and I scheduled our vacation (if we took one) so LD was part of it. An extra day of vacae. (Or to catch up on laundry after our time away.) 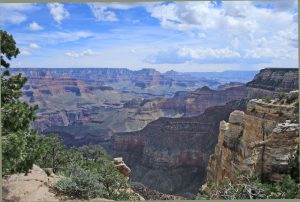 But there’s a real reason for the holiday. Go figure!

According to the US Department of Labor: Labor Day is an annual celebration of the social and economic achievements of American workers. The holiday is rooted in the late nineteenth century, when labor activists pushed for a federal holiday to recognize the many contributions workers have made to America’s strength, prosperity, and well-being.

According to Wikipedia, there was even a little mix-up over when labor would be celebrated.

Secretary of the Central Labor Union of New York, Matthew Maguire, is credited for first proposing that a national Labor Day holiday subsequently be held on the first Monday of each September in the aftermath of this successful public demonstration.

Others believe the idea of Labor Day was first proposed by Peter J. McGuire, a vice president of the American Federation of Labor, who, after he went to Canada where he watched parades celebrating labor in May, had put forward the initial proposal in the spring of 1882.

So, the throw-down came between unions. May 1st, or the first Monday in September? Which would it be? How could they decide?

The President (Yay!) at that time was Grover Cleveland. (That’s who all the Clevelands in America are named after.) He made the decision to have the celebration on the first Monday in September. He had a good reason. The Hay Market affair was near the first of May, and he feared Labor Day around that time would turn into a commemoration of that day.

As a kid, my family usually went to the lake to celebrate that day. We would take a picnic lunch, boat and swim (usually with Aunt Phyllis standing at the edge of the water, yelling for us to come closer to shore because we were out too far.) And if memory serves, we’d usually get home with sunburns all around.

Other people I know spent the day working (!) in the yard or cleaning out the garage. The explanation was that Labor Day was for laboring. I would have argued if given the chance.

You don’t celebrate something by doing more of it, do you? No! You celebrate by doing something fun and different than normal.

What would you think the way to celebrate labor is by working? I made no sense–

–until I grew up and realized that if I was home and had a free day, it was a great time to get something done.

Today I’m editing a manuscript, and hopefully getting something done around this house.

How about you? How are you (or did you) spend your Labor Day?

However it was, I hope you had a safe and blessed day!