What does May Day mean to you? It’s memories for me.

Do you remember when you were in school, and drew pictures of May baskets? We did. But my just-younger sister made a May basket at school one year. When she brought it home, Mama helped her find flowers to put in it, then she took it to a sweet, elderly neighbor’s house, hung it on the door knob, rang the bell and ran back home.

At least, that’s the way I remember it. (Debbie, let me know if I got it wrong.)

And I was filled with envy. It looked like so much fun.

I’ve never danced around a Maypole, have you? I believe it’s a custom that came from Europe. I wonder if most people these days even know what a Maypole is.

Looks like fun, doesn’t it? I wonder what they do with the pole after they have the ribbons braided around it?

Of course, mayday is a distress call. Ever wonder how it became the word used in times of trouble? Terminally Curious raised her head, so I looked it up for her.

Wikipedia: Mayday is the word used around the world to make a distress call via radio communications . . . it was the idea of Frederick Mockford in the early 1920’s, who was a senior radio officer at Croydon Airport in London.

He came up with the idea for “mayday” because it sounded like the French word m’aider, which means “help me.”

Years ago, I was going to fashion merchandising school. The school I attended had an optional European fashion tour, which I took. On May Day, we were in Paris (yes, I loved it) and had to keep low because, our guide told us, it was a Communist holiday. I had no idea! But according to her, they would have parades, march around, and be mean to non-commies. I’m not sure how they could tell who was a commie and who wasn’t, but I didn’t want to find out.

I figured it would be the pits to spend my time in Europe in the hospital, or a morgue.

So why is May Day a Communist holiday? Terminally Curious asked.

In 1889, May Day was chosen by the Communists and Socialists to commemorate the Haymarket affair in Chicago.

What’s the Haymarket affair? It was a bombing that took place at a labor demonstration.

It began as a peaceful rally in support of workers striking for an eight-hour work day. Toward the end of the rally, someone threw the first dynamite bomb used in that way in America.

So what is May Day to you? To me, it’s the beginning to the gardening season. 🙂 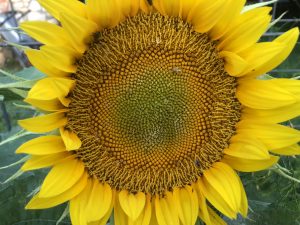 Especially when Okies are having weird weather like we have this year.

What do you think? Want to talk about it?

SECOND CHANCE FOR GRACE
No Other Mother, Brother