Are you ready? I’m not. I wish I were, but if you know me, you know I don’t get in a hurry to do much of anything. 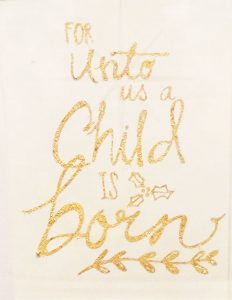 If I could have one wish, it would be to be magically organized.  You know, everything in its place and accomplished in a timely manner.

I have most of my gifts purchased, but they’re either sitting on my kitchen table or in my entryway. Not wrapped. *sigh* 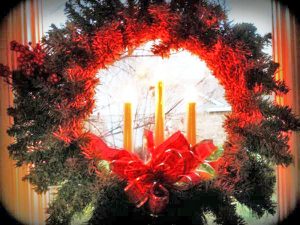 My mama had it figured out. She didn’t wrap Christmas gifts. After all, Santa didn’t have time to do that, and with six kiddos, she didn’t either.

My hubby insisted on it, however, even though he didn’t do much wrapping. 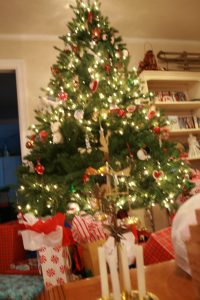 Since my hubby passed, I don’t have anyone to help me balance my gift giving. I used to be able to see what he thought–if this was too much or that wasn’t enough. Now, I’m on my own. It’s not easy and I’m not any more organized than when my family all lived with me.

There are several decorations that mean a lot to me, that I can’t find. (I’m disorganized. Remember?) 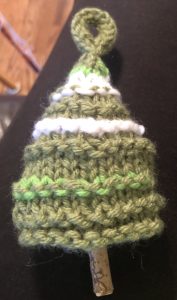 But some things I have every year and haven’t lost (yet) are Christmas memories.

The first time I chopped down our Christmas tree. It was a cedar tree and smelled really good. I was so proud!

That was the only kind of tree I remember having until I married. Dad and Granddad would watch for “perfect” trees during the year and bring in several for the two families to choose from. 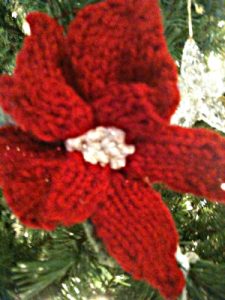 One year we took the Hagberg family with us to a lease and let them pick out a tree, too. That was so much fun! We drove around, looking at the wild trees, then we cut a couple and loaded them in the back of the truck. The Hagbergs seemed to like them, too, although I don’t remember them going with us after that, so they might not have.

The problem with those trees was they were hard to decorate. Most of the branches were weak and grew close together and at an odd angle. 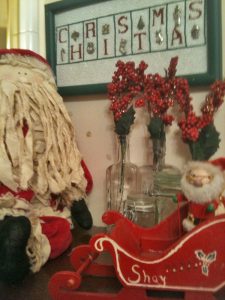 And, it turned out, my hubby was allergic to them.  One Christmas season he woke me in the middle of the night because he couldn’t breathe. We got up and took the decorations off the tree and threw it out the back door. The boys got up the next morning and went with us to buy an artificial tree.

So many memories come flooding back when I start thinking about Christmas. The year #4 was small and hid Mom’s gift. Nobody could find it, so Mama asked #4 if she knew where it was. She went right to it. (Hidden in the ice cream freezer.)

The year Joy Mobley’s mother taught me how to put lights on the tree.

The church programs I participated in when I was a kid, and the ones my children took part in when they were small.

The year Brad won a city-wide coloring contest, and we received tickets to see the Nutcracker ballet.

How much fun it was at the dress shop between Thanksgiving and Christmas, especially on Christmas Eve. On that day, husbands were so anxious to find their wives’ gifts, they’d spend a lot to do it. 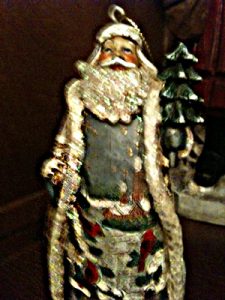 The years we came to Cleveland for the parade and Santa yelled Merry Christmas to our kids by name!

I could go on and on, but I won’t. Tell me, what’s your favorite Christmas memory? Anything really fun???